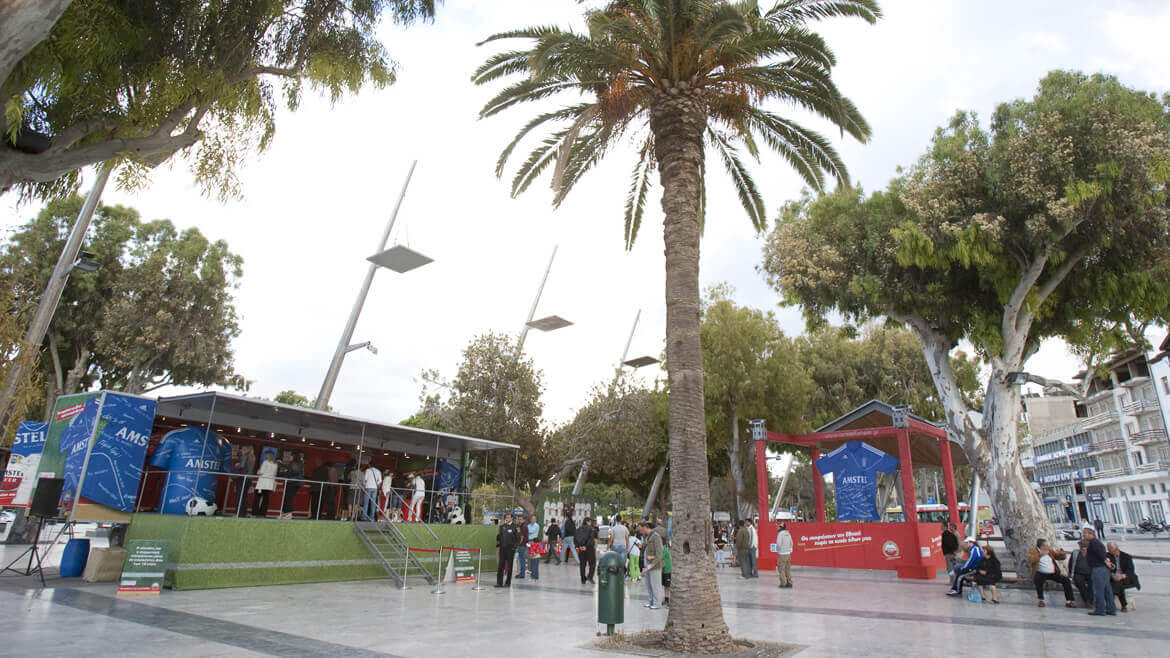 Fans’ support is crucial especially when the team doesn’t have home-field advantage. Amstel wished to maintain the strong bond between Greek football players and their fans during their participation in the World Cup. We were assigned to collect Greek fans’ deepest support and fly it to South Africa. And since flying 10 million people to watch the tournaments would not be fair to the other teams -to say the least- we did the next best thing! We travelled around Greece and met with fans inviting them to send their wish. The Amstel roadshow unit popped up in Thessaloniki, Ioannina, Patra, Larissa, Herakleion, Chania and hosted a unique football fiesta, showcasing a giant Football jersey while collecting fans’ personal wishes via an interactive digital mechanism. At the end of the journey, the National Team uniform with all wishes on it, travelled to Switzerland so as to accompany the players to South Africa, along with 6 announced winners that gained the world cup travel experience. 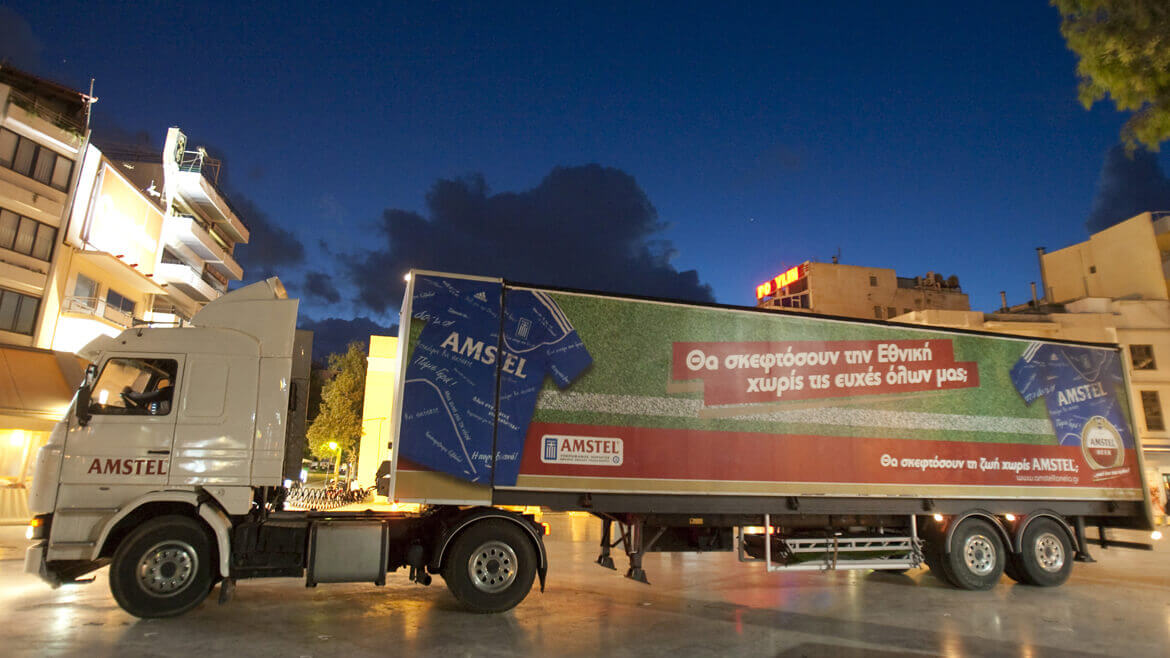 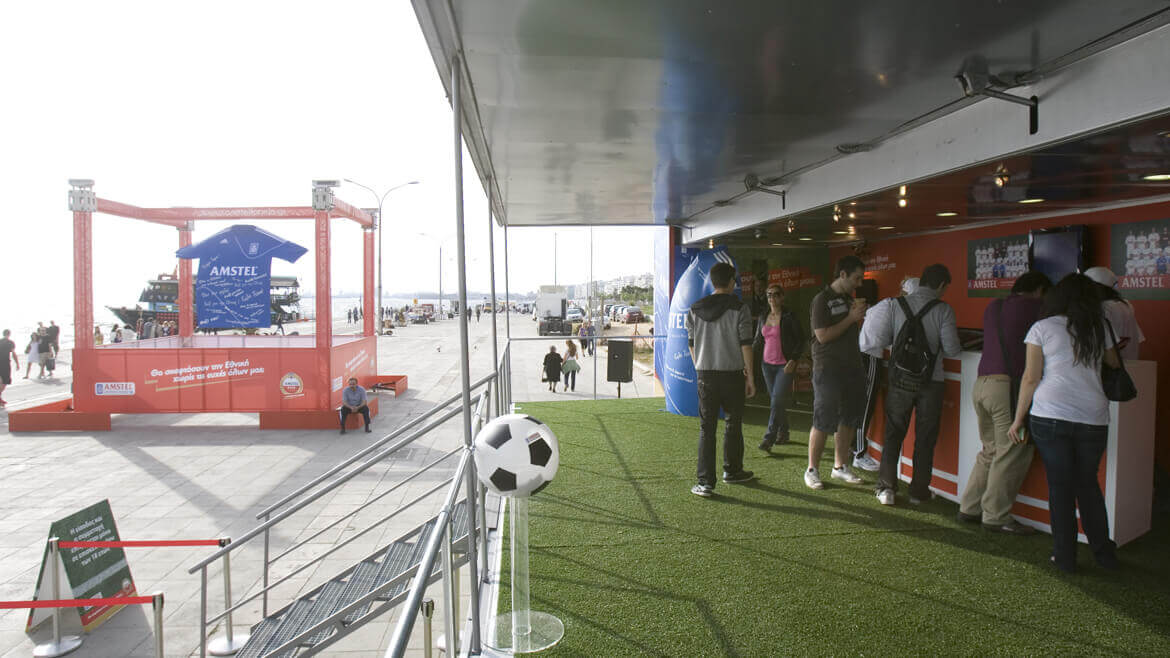 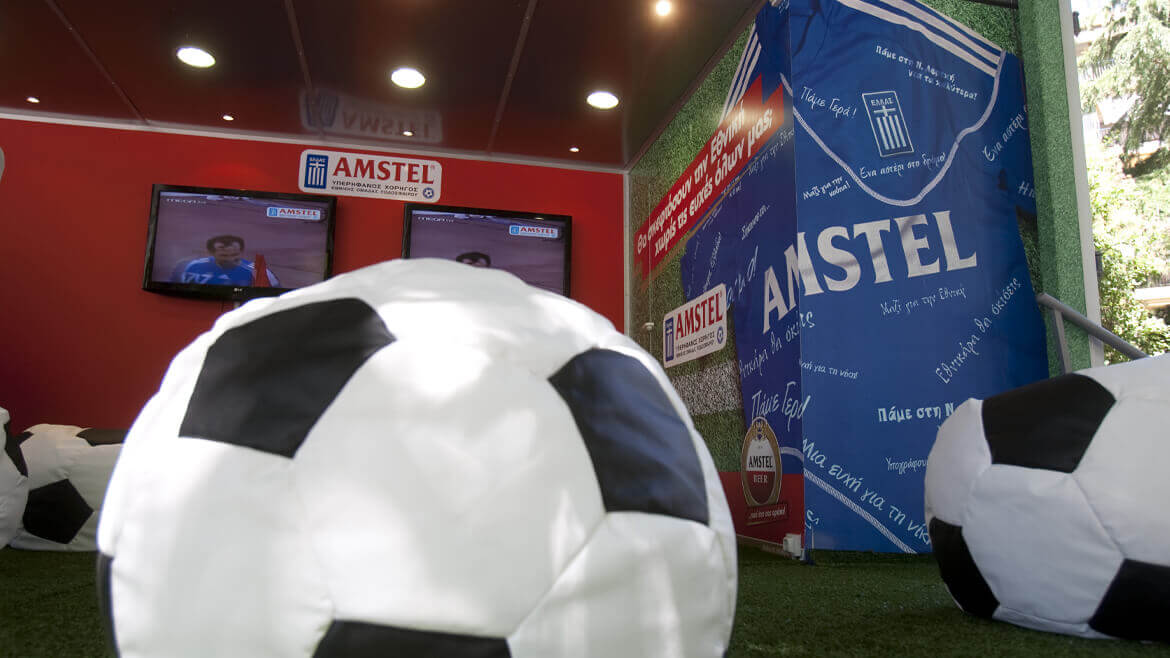 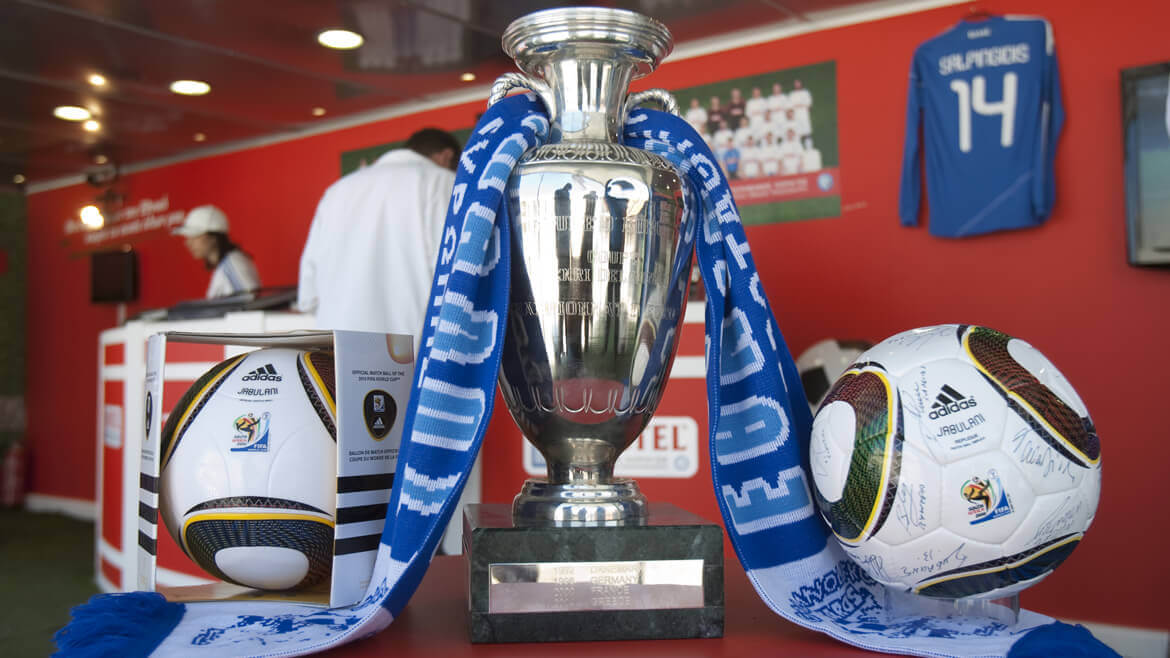 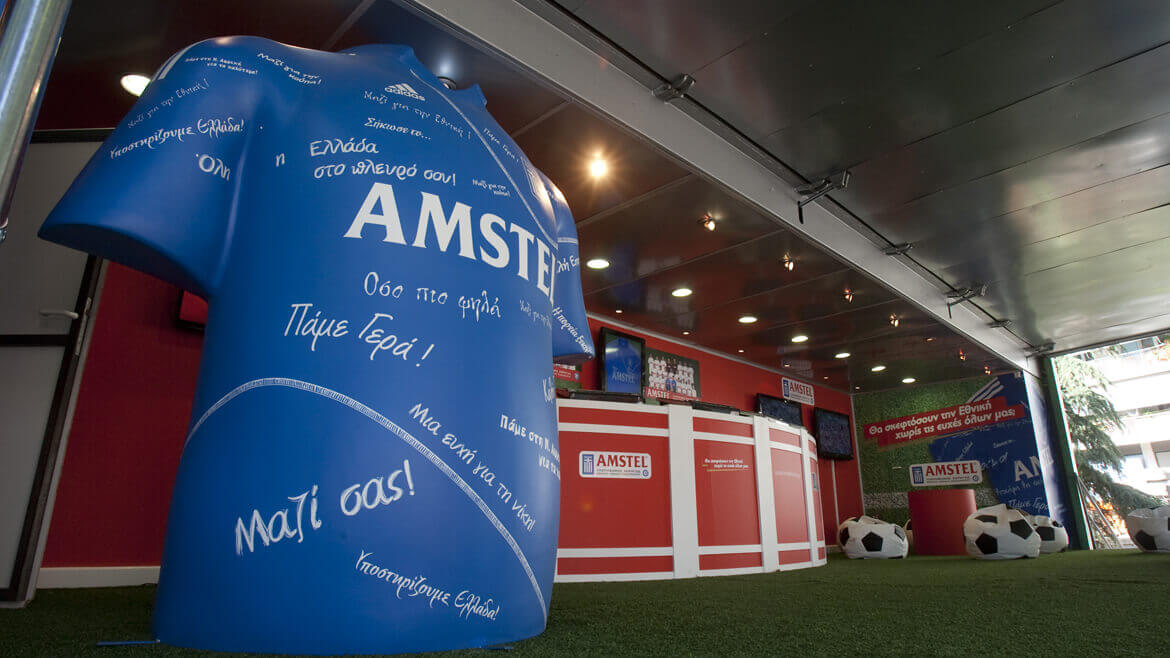